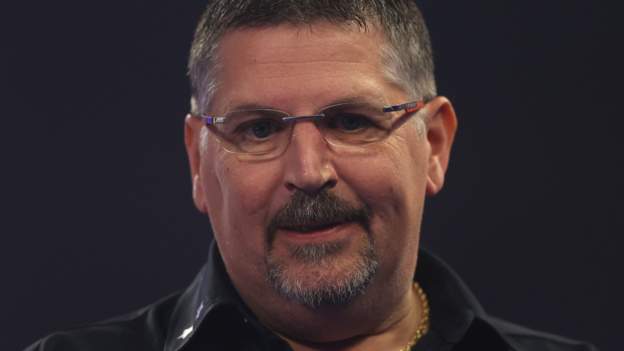 Van Duijvenbode started well, but the match was whipped from under him as Anderson won 10 straight legs.

Two-time winner Anderson landed the first of three match darts at double top at Alexandra Palace to close out.

Chisnall is aiming to make the last four for the first time and inflict Van Gerwen’s first loss at the last-eight stage of the tournament.