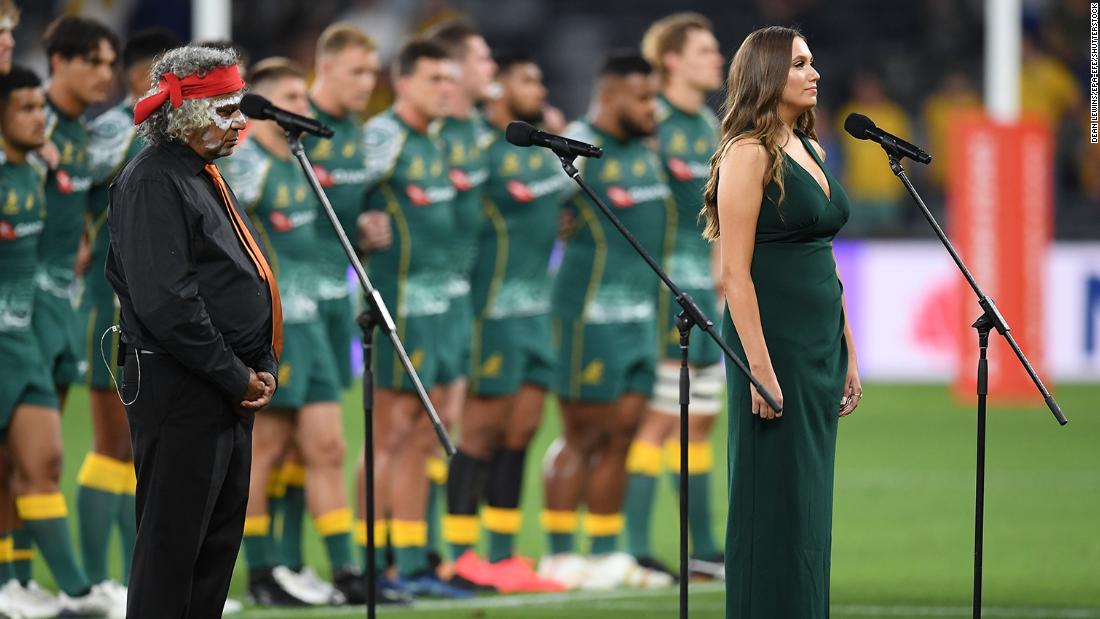 The first line, “Australians all let us rejoice, for we are young and free,” will now end with “one and free.”

“Australia as a modern nation may be relatively young, but our country’s story is ancient, as are the stories of the many First Nations peoples whose stewardship we rightly acknowledge and respect,” Morrison wrote in an opinion piece in the Sydney Morning Herald.

“In the spirit of unity, it is only right that we also now acknowledge this and ensure our national anthem reflects this truth and shared appreciation. Changing ‘young and free’ to ‘one and free’ takes nothing away, but I believe it adds much.”

The government has a history of changing the song to be more inclusive — when Peter Dodds McCormick’s original 1878 composition was declared the official national anthem in 1984, replacing “God Save the Queen,” two instances of “sons” were switched with gender-neutral phrasing.
The anthem has become controversial in recent years, amid growing conversation about Indigenous representation, systemic inequality, and racial injustice. In particular, many have pushed back against the phrase “for we are young and free” — a nod to when Britain’s First Fleet landed in Australia in 1788 — given Australia is home to one of the world’s oldest known civilizations.
In 2018, a 9-year-old girl was attacked by prominent politicians, who called for her to be kicked out of school, because she refused to stand during the anthem out of respect for the Indigenous population. In 2019, athletes made headlines for refusing to sing the anthem at football matches. And in 2020, national rugby union players sang the anthem in the language of the Eora Nation — the first time it has been sung in an Indigenous language at a major sporting event.

Peter Vickery, the founder and chair of the non-profit Representation In Anthem, has been campaigning for a more inclusive anthem since 2016. “Many of our indigenous people found it difficult, if not impossible, to sing the exclusionary words of ‘Advance Australia Fair’,” Vickery said Friday. “We simply can’t have an anthem which causes hurt to its own people.”

Vickery openly acknowledged such criticisms, saying the campaign’s symbolic power “can never be a substitute for substance.” But, he added, the anthem was still “a critically important first step.”

Other critics argued the message of unity, and the inclusion of “free” in the lyric, is undermined by controversial policies for asylum seekers and refugees detained in Australia’s notorious offshore immigration centers, as well as the systemic barriers still facing the Indigenous population.
While the country’s Indigenous population makes up 3.3% of its 25 million people, they account for more than a quarter of its 41,000 prisoners. Indigenous Australians are also almost twice as likely to die by suicide, have a life expectancy that is almost nine years lower, and have higher infant mortality rates than non-Indigenous Australians.

The unemployment rate for Indigenous Australians is more than 4 times the national average.

Ian Hamm, chair of the Indigenous organization First Nations Foundation, praised the changed lyric — but also highlighted other, more concrete actions that need to be taken.

For instance, Australia still doesn’t have a treaty between its government and its Indigenous people — unlike other Commonwealth countries such as New Zealand and Canada. The Australian constitution also doesn’t explicitly mention the country’s Indigenous population.

“I think it’s a good step, but after all, it’s just one step, one thing,” Hamm said. “And the anthem in itself is just that — it’s a song. There’s a whole bunch of other initiatives and changes and efforts to be done to create equity of opportunity for Aboriginal people, and equity in life outcomes for Aboriginal peoples.”

The 32-year-old finished the sport with 26 points and scored a three-pointer with just over a moment left on the clock to overturn his...
Read more
Top Stories

Election officials in Georgia are working overtime to debunk false claims by President Donald Trump and his allies that the Senate runoff results are untrustworthy. The most...
Read more
Top Stories

But as usual, and as it has been for the last four years, including during the fast-worsening pandemic that he ignored, the outgoing President's...
Read more