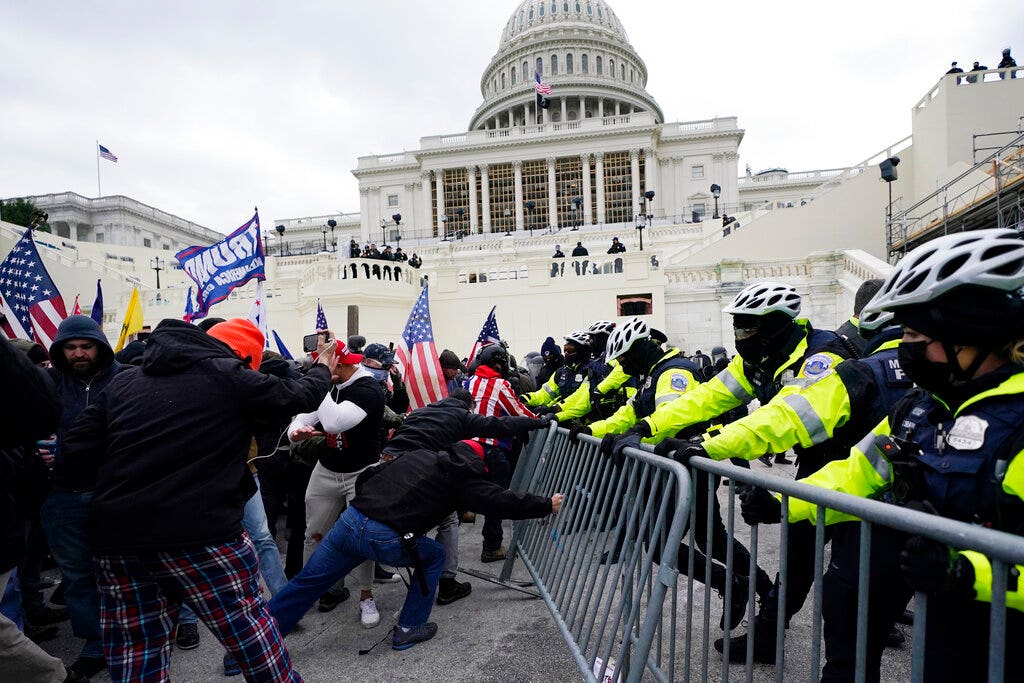 A left-wing activist charged for his alleged participation in the Capitol Hill riot maintains control of his Twitter and YouTube accounts, Fox News has learned.

John Sullivan, 26, recorded an up-close video of a woman’s fatal shooting during the Jan. 6 Capitol siege and can allegedly be heard egging on protesters in a video he shared on his YouTube and Twitter accounts under the pseudonym Jayden X.

Sullivan is accused of taking part and encouraging rioters as they swept through the building.  He allegedly wore a gas mask and had a knife at the time of the siege, court papers show.

A lawyer for Joe Biden accuser Tara Reade has sent a lengthy letter to The New York Times, requesting a correction over its reporting of...
Read more
Top News

The CDC will announce new guidelines as soon as this Thursday on what fully vaccinated Americans can do, including allowing for small gatherings indoors with...
Read more
Top News

Two Nigerian nurses were attacked by the family of a deceased COVID-19 patient. One nurse had her hair ripped out and suffered a fracture....
Read more
Top News

Bunny Wailer, a reggae luminary who was the last surviving member of the legendary group The Wailers, has died. He was 73.The musician passed...
Read more
Top News

Now it’s the Democrats’ turn to be mad at the media.And a moment of truth for journalists who have achieved fame and sometimes fortune...
Read more