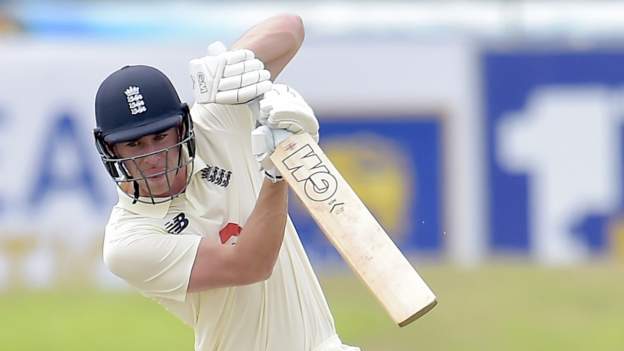 England wrapped up a seven-wicket victory over Sri Lanka in the first Test of a two-match series in Galle.

Resuming on 38-3, needing another 36 for victory, Jonny Bairstow and debutant Dan Lawrence carried England to their target inside 35 minutes on the final morning of an enthralling encounter.

Bairstow ended unbeaten on 35 and Lawrence 21, although the latter survived an lbw review against Dilruwan Perera and Sri Lanka did not refer another shout that replays suggested would have been overturned.

After England slipped to 14-3 during a frantic end to day four, Bairstow and Lawrence’s unbroken 62-run stand guided them to an ultimately comfortable win.

The second Test starts at 04:30 GMT on Friday at the same ground.

England are now unbeaten in nine Tests, have won four consecutive overseas Tests for the first time since 1957, and boast five successive wins in Sri Lanka.