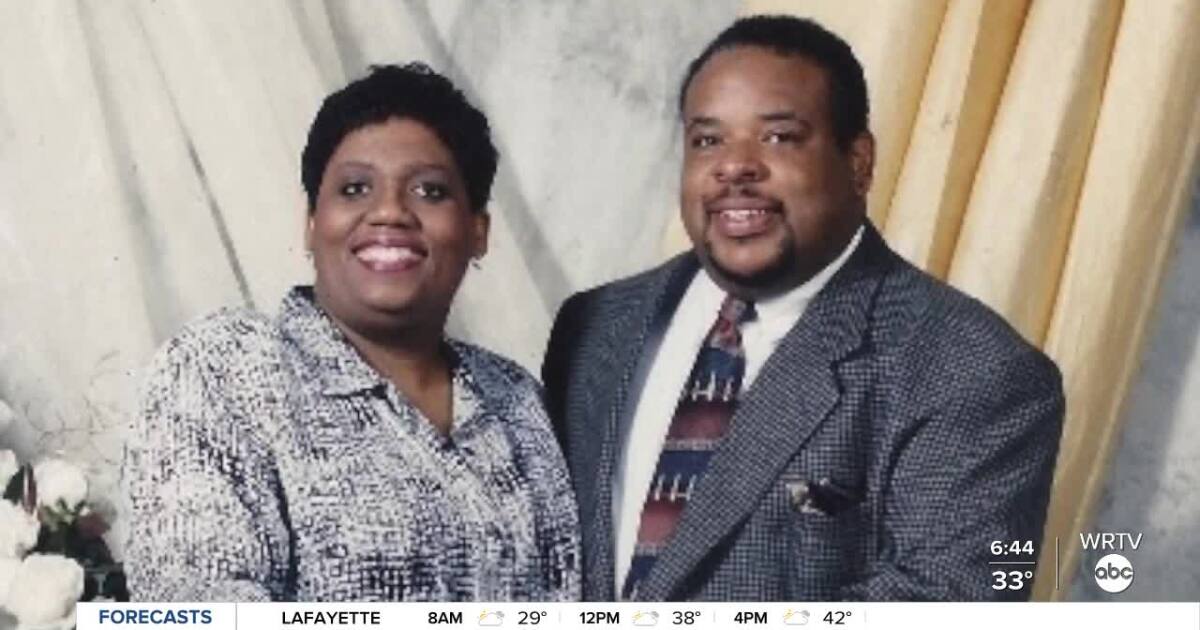 Ernest “Ronald” and Ann Wilkins shared a deep love and connection through their 33 years of marriage all the way up until the day they died — just a single day apart — from complications of COVID-19.

“Very heartbroken because I loved Ann and Ronald—just like my brother and sister and I want people to this serious,” One of Ronald’s close friends, Bryan told WRTV.

Bryan said those who knew Ernest best, called him Ronald.

Ronald, born in 1954, was raised a Hoosier. He attended Indianapolis Public School #43, which is where Bryan said the two first met as students.

Close friends, the two would talk every day on the phone. Most days, several times a day.

Ronald went on to graduate from Shortridge High School in 1972 and then studied at Ball State University.

After college, Ronald held multiple jobs, and eventually retired after working at Allstate Insurance for 12 years.

Ann was raised in Michigan and graduated from Cass Technical High School in Detroit in 1979 before attending Butler University in Indiana.

Ann was a teacher with Indianapolis Public Schools for 13 years and worked for many years with the Indiana State Teachers Association and Indiana Education Association. Bryan said she was always promoting public school education.

“She (was) deeply committed to her profession and her fellow educators,” IPS Superintendent Alessia Johnson said of Ann. “I think what did well was holding everyone to account, because at the end of the day her goal was kids were getting served as well.”

Johnson said she took the photo below after they learned she and Ann shared a birthday on May 14.

Ronald and Ann were already making plans for 2021 — which included getting the COVID-19 vaccine as soon as it was available to them.

But the couple didn’t make it that far.

They were both diagnosed with COVID-19 in December and admitted to Saint Vincent Hospital. Eventually, they were both placed on ventilators.

They never got to leave the hospital.

Seeing firsthand the devastation that can come from COVID-19, Bryan hopes his friend’s death serves a stark message about the importance of the vaccine.

“I would rather you have a reaction to the vaccine than fight COVID the disease because a lot of time –you won’t win,” Bryan said. “It’s real. I’ve seen it for myself. It’s something I don’t want to see again.”

BAGHDAD (AP) — In Iraq’s holiest city, a pontiff will meet a revered ayatollah and make history with a message of coexistence in a...
Read more
Politics

US demands status of all Syrian detainees be made public

UNITED NATIONS (AP) — The United States demanded Tuesday that the status of tens of thousands of civilians detained in Syria during the country’s...
Read more
Politics

Texas and other states ease COVID-19 rules despite warnings

Texas on Tuesday became the biggest state to lift its mask rule, joining a rapidly growing movement by governors and other leaders across the...
Read more
Politics

HIV findings in DR Congo ‘give hope for cure’

Who is Myanmar’s UN envoy? Coup opponent or representative

UNITED NATIONS (AP) — Myanmar’s U.N. ambassador, who strongly opposed the military coup in his country, insists he remains the permanent representative to the...
Read more
Politics

The New York TimesFar-Right Groups Are Splintering in Wake of the Capitol RiotJust eight weeks after the Capitol riot, some of the most prominent...
Read more
Politics

US hits Russian officials with fresh sanctions over Navalny poisoning

Photograph: Handout/EPAThe US has announced sanctions on seven Russian government officials and 13 Russian and European companies in response to the poisoning of opposition...
Read more