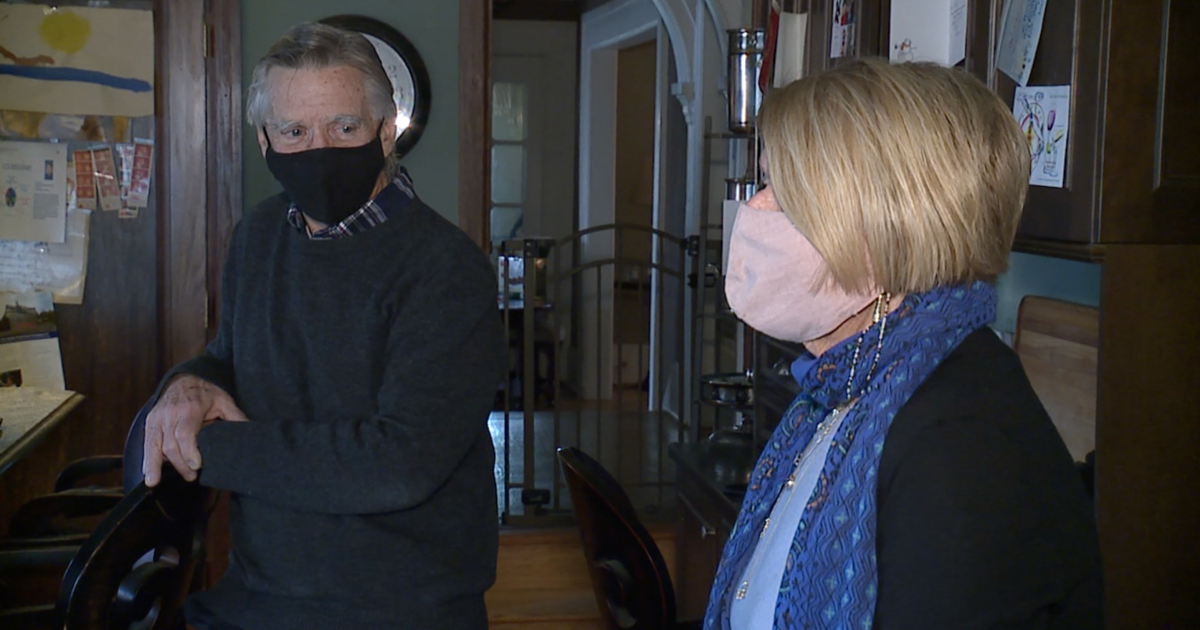 LAKEWOOD, Ohio — A Lakewood family is ringing in the New Year with a whole lot to be grateful for. Quick actions from the Lakewood Fire Department saved the life of Robert Sweeney, who went into cardiac arrest while sitting down for dinner two weeks ago. They’re also sharing that life-saving credit with his wife, Jackie Sweeney.

Family means everything to the Sweeneys. They raised eight kids and six grandkids in the Lakewood home they’ve lived in for thirty years.

For the last several days, they’ve been holding each other that much closer.

“There isn’t a moment that goes by from day-to-day now that I don’t understand how close I came to having all that taken away from me,” Robert Sweeney said.

Back on Dec. 16 while sitting down for dinner, Robert suddenly went into cardiac arrest, stopped breathing, and fell out of his seat to the floor. Jackie immediately rushed to help him, started CPR, and called 911.

“There must have been a legion of angels in this kitchen because I was not afraid. I just did what I had to do,” Jackie Sweeney said.

Lakewood firefighter-paramedics Nick Boatman and Brian DiMonico were on their way back from another run when they got the call and rushed over to the Sweeneys’ home on Lake Avenue. It took them just three minutes to get there.

“Seconds count. I think four to six minutes is irreversible damage after that point,” Boatman said.

They defibrillated Robert four times to get his pulse back and took him to Fairview Hospital for further treatment. The firefighters said he was in good condition in comparison to other cardiac arrest patients.

“By the time we left Fairview he was actually sitting up, which is something that I had never seen before,” Boatman said.

They said Jackie is to thank for that by immediately starting CPR on Robert even without any formal training.

“Early CPR is essential. And then so it made our job easier, we took over and just got to work from there,” DiMonico said.

“I’m one of those guys that’s made fun of my wife for 20 years of watching reality shows, I won’t watch them with her. She learned CPR from the reality shows,” Robert Sweeney said.

“Chicago Med, Chicago PD, those emergency ones they have on,” Jackie Sweeney said. “I’m sorry to say I did learn it on TV, but happy to say I learned. At least I knew what to do.”

Robert spent six days in the hospital. The couple’s daughters Maureen and Ruth took turns taking Jackie to the hospital every day and would even sit in the parking lot so that if she wanted a break they were there to support her.

He finally came home from the hospital last Tuesday in great condition and on Christmas they visited the fire station to thank the firefighters who made sure he would be able to ring in the New Year with his family.

“I’m really happy for the family and it does boost morale for us here. Something like that happens, it makes us feel good that we’re doing a good job,” DiMonico said.

“It’s a Christmas gift from Santa Claus and his helpers, those guys that serve in the Lakewood Fire Department, that’s who saved my life,” Robert Sweeney said.

Ernest “Ronald” and Ann Wilkins shared a deep love and connection through their 33 years of marriage all the way up until the day...
Read more
Politics

A witness near northeast side meetup captured the fireworks moments on Sunday night in the Eisenhauer Market parking lot. Fireworks moment turned into a...
Read more
Politics

England's third national lockdown has legally come into force, with MPs set to vote retrospectively on it later. The measures, which include a stay-at-home order and...
Read more
Politics

Former Leeds Rhinos captain Stevie Ward has announced his retirement at the age of 27 because of the long-term effects of concussion. Ward said he...
Read more
Politics