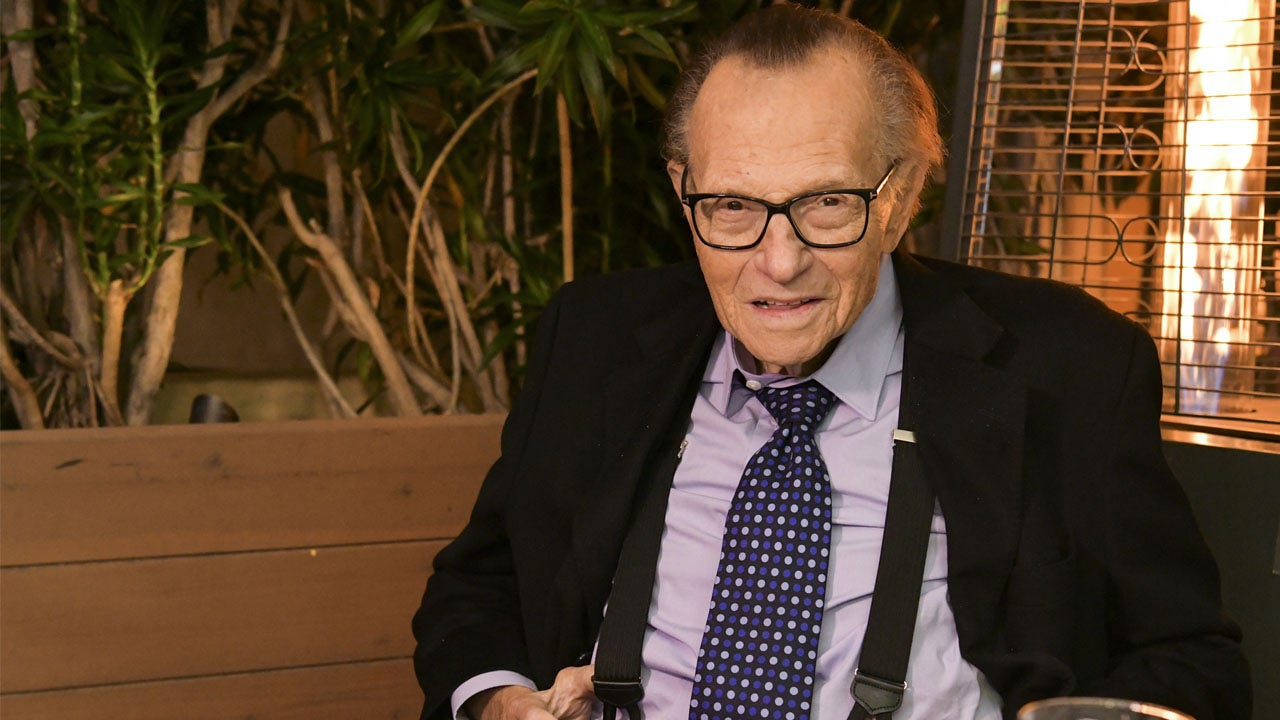 Larry King‘s cause of death and underlying conditions have been revealed.

The 87-year-old broadcasting legend died Jan. 23 at the Cedars-Sinai Medical Center in Los Angeles. He was hospitalized weeks prior after contracting COVID-19, but a death certificate confirms that his primary cause of death was sepsis, as his wife Shawn Southwick King said last month.

The death certificate also reportedly shows that he had two underlying conditions. According to People magazine, the document lists them as acute hypoxic respiratory failure and end stage renal disease, commonly known as kidney failure.

In late January, King’s wife — who he was in the middle of divorcing — confirmed he did not die from coronavirus.

LARRY KING’S WIFE SHAWN KING SPEAKS OUT AFTER TV ICON’S WILL IS REVEALED: ‘WE ARE GRIEVING’

“It was an infection; it was sepsis,” Shawn told Entertainment Tonight. “Well, he was finally ready to go, I will tell you that. You know, he never wanted to go but his sweet little body was just, it had just been hit so many times with so many things and once we heard the word COVID, all of our hearts just sunk. But he beat it, you know, he beat it, but it did take its toll and then the unrelated infection finally is what took him, but boy, he was not gonna go down easily.”

Shawn also said King’s mind “wasn’t right” and his “body was going,” noting it was difficult to witness. King filed for divorce from the actress in August 2019 after 22 years of marriage. Their divorce was not finalized prior to his passing.

On Thursday, King’s handwritten will, which was obtained by multiple outlets, showed that King requested his $2 million estate be left to his children.

Notably, the document names his now-deceased children Chaia and Andy, as well as his remaining children — Larry King, Jr., 59, Cannon, 20 and Chance, 21 — as beneficiaries.

Shawn was not mentioned, and People magazine reported that the handwritten will was dated Oct. 17, 2019, two months after he filed for divorce from Shawn. His will was also written several months prior to the loss of his two adult children Andy, 65, and Chaia, 51.

“This is my Last Will & Testament. It should replace all previous writings. In the event of my death, any day after the above date I want 100% of my funds to be divided equally among my children Andy, Chaia, Larry Jr., Chance & Cannon,” King states in the document, according to the magazine.

After seemingly being left out of her estranged husband’s will, Shawn has spoken out, offering a brief statement to Extra.

“We are grieving as a family,” she said. “My boys just lost their father — they are my priority.”

The outlet reports that Larry Jr. has filed court documents requesting to be named special administrator of his father’s estate.

Geoffrey Scott, an actor known for his roles in "Dynasty" and 2003's "Hulk," has died at age 79.The star's wife, Cheri, confirmed his passing...
Read more
Entertainment

Bill Burr is speaking out about his former co-star Gina Carano after she was fired from "The Mandalorian" due to controversial posts on social media. Burr,...
Read more
Entertainment

On Tuesday, Dr. Seuss Enterprises marked what would have been the late children's author and illustrator's 117th birthday with a major announcement: It will...
Read more
Entertainment

Reunited ‘The Real World’ Season 1 cast on making TV history: ‘There was a sea change after our show’

Blake Shelton is opening up about his proposal story with Gwen Stefani.In an interview with Access, the country crooner, 44, was asked about the...
Read more
Entertainment

Who knew Amazon’s No. 1 best-selling soundbar was just $37?

Yahoo Life is committed to finding you the best products at the best prices. We may receive a share from purchases made via links...
Read more
Entertainment

Ioan Gruffudd has filed for divorce from his wife Alice Evans after 13 years of marriage.According to court docs obtained by Page Six, the...
Read more
Entertainment

Dr. Drew’s early COVID-19 symptoms made him think he had leukemia

Demi Lovato is embracing every new stage in her life since surviving her near-fatal overdose in July 2018.On Monday, the 28-year-old singer posted a...
Read more
Entertainment

‘Read Across America Day,’ once synonymous with Dr. Seuss, is diversifying. Here’s why things have changed.

Monday marks the start of National Reading Month – with celebrations across the nation planned for Read Across America Day on Tuesday.The day will...
Read more