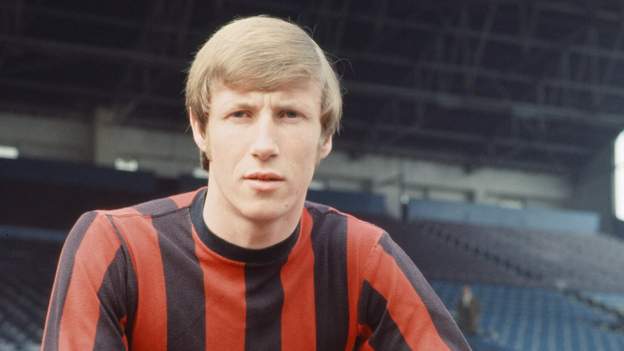 “Few players have left such an indelible mark on City,” said a club statement on Tuesday.

In 2004, Manchester City fans voted to name one of the stands at Etihad Stadium in Bell’s honour.

“Colin Bell will always be remembered as one of Manchester City’s greatest players and the very sad news today of his passing will affect everybody connected to our club,” said City chairman Khaldoon Al Mubarak.

“I am fortunate to be able to speak regularly to his former manager and team-mates, and it’s clear to me that Colin was a player held in the highest regard by all those who had the privilege of playing alongside him or seeing him play.

“The passage of time does little to erase the memories of his genius.”

He helped Joe Mercer’s team win promotion that season and was instrumental in the Blues winning the First Division title two years later.

During his 13 years as a player at Maine Road, he also won the FA Cup, League Cup and Cup Winners’ Cup.

However, his career was hampered by a serious knee injury he suffered in a League Cup tie against Manchester United in November 1975, when he was 29.