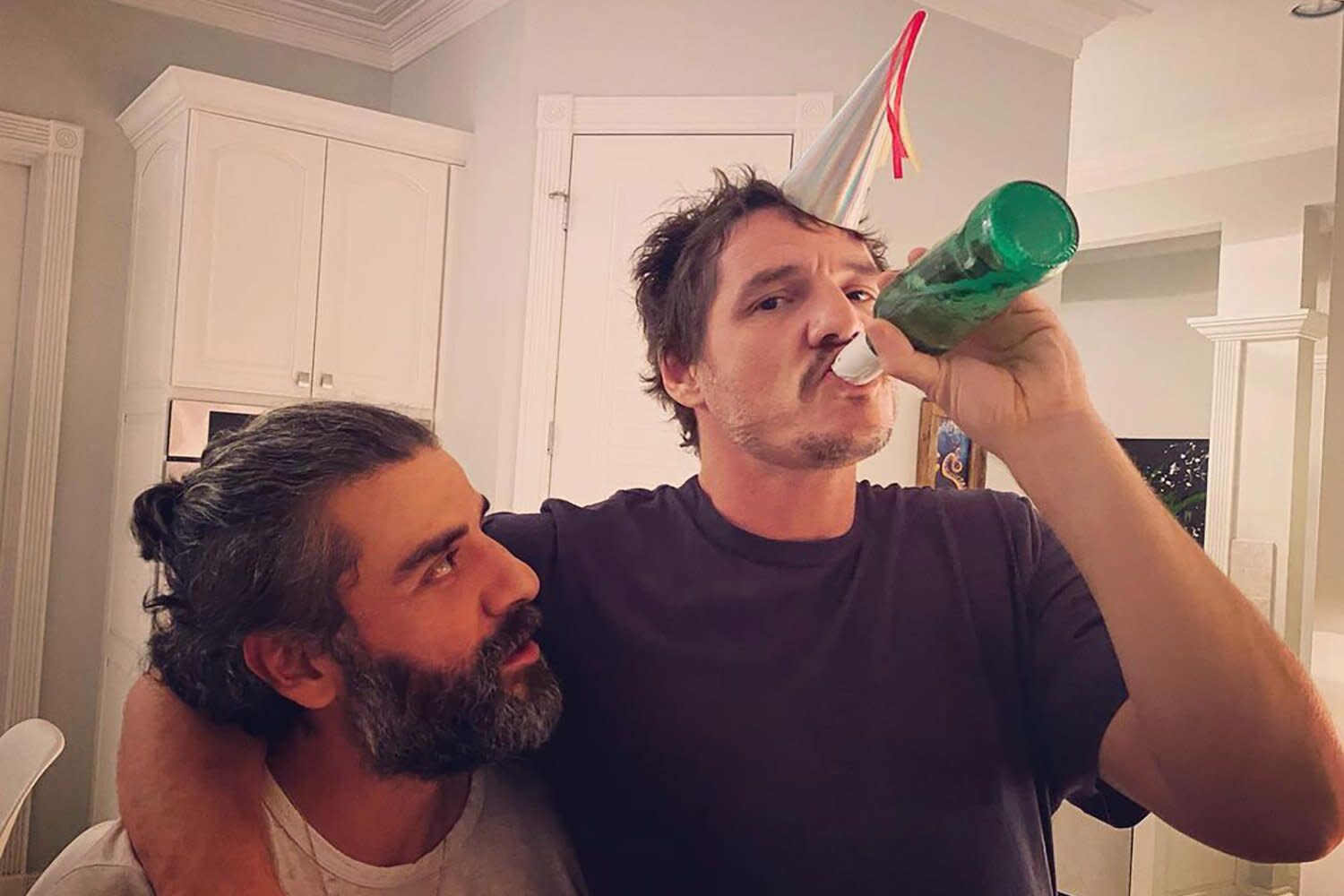 This is the way — into 2021! Star Wars’ Oscar Isaac and Pedro Pascal said goodbye to 2020 together on Thursday night, celebrating New Year’s Eve in a playful photo shared by Isaac’s wife, filmmaker Elvira Lind.

Pascal, who plays the title character on the hit Disney+ space Western The Mandalorian, has one arm slung around the shoulders of Isaac (Poe Dameron in the most recent film trilogy) for the photo, wearing a pointy silver party hat positioned lopsidedly atop his head.

As Isaac, 41, gazes open-mouthed up at Pascal, 45, the latter looks straight into the camera, tipping a bottle of beer back with his free hand.

Pascal also shared images to his Instagram while spending time with his sister Javiera Balmaceda and nephews, writing alongside a snapshot of himself with Balmaceda, “All we need is ❤️. Nada mas. Feliz año babies 😘.”

Pascal opened up to PEOPLE in November about The Mandalorian, whose second season recently went out with a bang. The finale saw the surprise return of a CGI version of Mark Hamill’s Luke Skywalker, who swooped in to rescue Mando and Grogu/The Child (better known as Baby Yoda).

The Chilean-American actor revealed he was “immediately convinced” to make the series after seeing an illustration of the adorable green alien — in fact, he was so smitten upon first meeting Grogu that he admitted to “cooing a little bit” on set.

“I’d then have conversations in the same way that we did when we were kids with our own little toys,” Pascal said. “It has everything to do with the amount of work that these people have put into it, because it’s a very, very special creation, and it feels as such when you see it in person.”

Having last appeared in the blockbuster franchise as daredevil pilot Poe Dameron in 2019’s Star Wars: Episode IX – The Rise of Skywalker, Isaac talked about his time with the movies during a June panel with Deadline and joked that he’d need a very special reason to return.

“I enjoyed the challenge of those films and working with a very large group of incredible artists and actors, prop makers, set designers, and all that was really fun,” said the actor and dad, who shares two children with Lind: a 15-month-old son and his big brother Eugene.