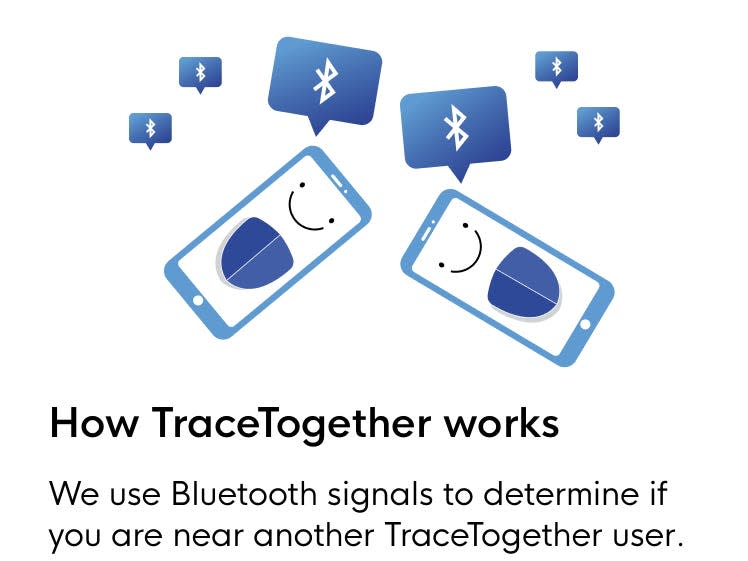 Singapore’s contact tracing app, TraceTogether, is under scrutiny after the country revealed the app’s data could be accessed in criminal investigations by local police.

An update to TraceTogther’s privacy policy on Monday now allows Singapore Police to access app data, whether on a government-issued wearable or on a user’s device, Engadget reported.

Thus far, around 80% of Singapore’s 5.6 million people have downloaded the tracing app. The Singapore government had previously told citizens that adoption of the app would be required in order to move from Phase 2 to Phase 3 and loosen up restrictions.

Several US states and other countries have developed contact tracing apps with Apple and Google’s Exposure Notification System, which anonymizes user information. In contrast, Singapore’s TraceTogether app opted for the BlueTrace protocol, which Singapore developed itself.

In Singapore’s system, the user’s contact log is uploaded to a server managed by the government’s health department. The government had previously said that data collected by the app would only be stored for 25 days, and that all data would be encrypted in order to prevent access by third-party services.

But the app’s January 4 update allows that the data “may be used in circumstances where citizen safety and security is or has been affected.” The new privacy policy added that “Authorized Police officers may invoke Criminal Procedure Code (CPC) powers to request users to upload their TraceTogether data for criminal investigations.”

The paragraph was added to TraceTogether’s policy after Singapore MP Christopher de Souza asked Minister of State and Home Affairs Desmond Tan on Monday if police could access data, and what the privacy safeguards might be.

Singaporeans had previously expressed mixed opinions about the TraceTogether app and the overall use of tracking to manage coronavirus. A May 2020 study from the country’s independent think tank, Institutes of Policy Study on the use of surveillance to fight COVID-19 found that around 50% of the population was “agreeable to have their cell phone data tracked without their consent.” However, 87% of respondents were “agreeable to imposing strict surveillance on people who need to be quarantined.”

President Trump has been serving his last few days in premises in an empty White House, taking out his anger on his shrinking inner...
Read more
Latest News

Election Day may feel like an era ago but the presidential saga isn't over yet. Now it's time for Congress to take centre stage...
Read more