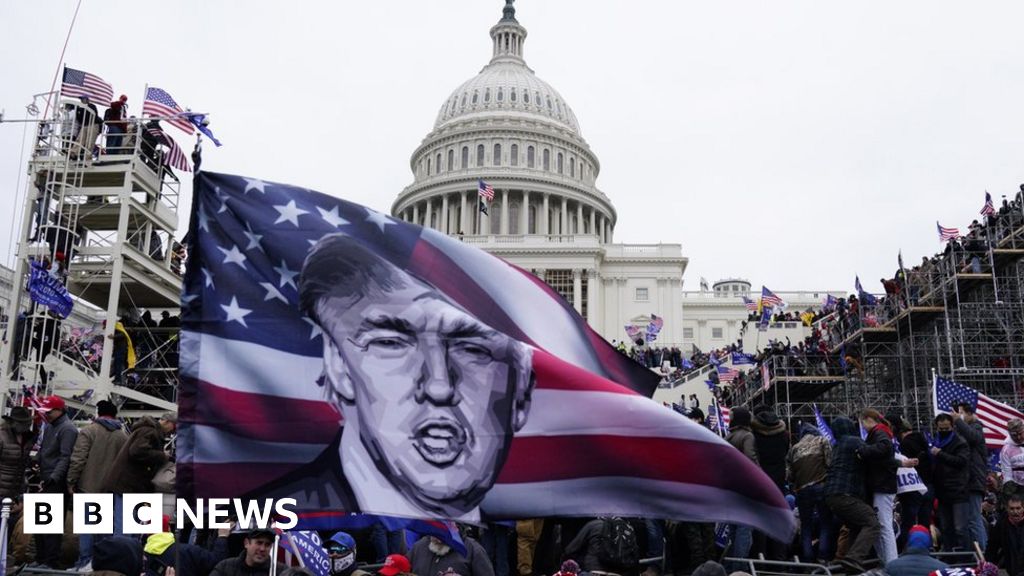 The leaders of the UK, Canada and Spain are among those calling for peace in Washington.

The action forced the suspension of a joint session of Congress to certify Joe Biden’s electoral victory.

Many leaders called for peace and an orderly transition of power, describing what happened as “horrifying” and an “attack on democracy”.

“The United States stands for democracy around the world and it is now vital that there should be a peaceful and orderly transfer of power,” he wrote on Twitter.

Other UK politicians joined him in criticising the violence, with opposition leader Sir Keir Starmer calling it a “direct attack on democracy”.

Scotland’s First Minister Nicola Sturgeon tweeted that the scenes from the Capitol were “utterly horrifying”.

Spanish Prime Minister Pedro Sánchez said: “I have trust in the strength of US democracy. The new presidency of Joe Biden will overcome this tense stage, uniting the American people.”

India’s Narendra Modi said he was “distressed to see news about rioting and violence” in Washington and urged the “peaceful transfer of power must continue”.

French Foreign Minister Jean-Yves Le Drian condemned the “grave attack against democracy”, while his German counterpart, Heiko Maas, said Mr Trump and his supporters “must accept the decision of American voters at last and stop trampling on democracy”.

European Council President Charles Michel said he trusted the US “to ensure a peaceful transfer of power” to Mr Biden, and European Commission President Ursula von der Leyen said she looked forward to working with the Democrat.

Seven people were killed in the village of Ask, around 19 miles (30 kilometers) north of Norway's capital, Oslo, on December 30. Rescuers, who...
Read more
World

With Beijing desperate to avoid blame for a virus that has killed more than 1.8 million people worldwide, China is tightening up its story...
Read more
World

China believes President-elect Joe Biden represents a "new window of hope" for the country's relationship with the United States, according to state media. Biden's critics have expressed...
Read more
World